Back In The Run – Matthew Ellwood Run It Forward 300 Fundraiser

Bay Shore, NY – After a set back in the Spring Matthew Ellwood is headed for the starting line in the Run It Forward 300 fundraiser starting at noon on October 3, and ending at the Entenmann’s Great South Bay Half Marathon on October 6, 2012.  Matthew Ellwood, 49, a long time Bay Shore resident and Bay Shore School District employee will be running throughout Long Island, four days straight for a total of 300 miles to raise money for support services at the Breast Health Center at Good Samaritan Hospital and the Bay Shore Wellness Alliance.

In 2005, Matthew’s sister was diagnosed with breast cancer.  Since then, she has overcome two bouts of breast cancer, bone cancer and a stroke.  When asked why he runs, Matthew states, “I run to show the sick, there is hope, I run to show people we can help and I run to show our children that anything is possible!”

To take part in this fundraiser, people are encouraged to make general donations, sponsor Matthew as he runs or run with him by signing onto his website www.teamellwood.org. Those wishing to run with Matthew will be asked to find sponsors to donate money for every mile they run with Matthew.  Through a GPS system and Twitter, Matthew will be able to communicate his location during his run.

With the money raised, a new support group program, named after Matthew’s sister, will be started at Good Samaritan Hospital.  The focus of the program will be to educate and support newly diagnosed women with breast cancer throughout treatment and into survivorship promoting healthy lifestyle changes.  Donations will also help to preserve and enhance the Bay Shore Community Walking Trails, which were created by the Bay Shore Wellness Alliance in 2011.

Over the last three years, Matthew has run more than 6,497 miles which includes running 200 miles in less than two days for the Islip Breast Cancer Coalition in 2011.  His ultimate goal is to run 400 miles non-stop to again raise funds for breast cancer patients and their families. 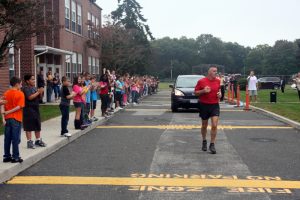 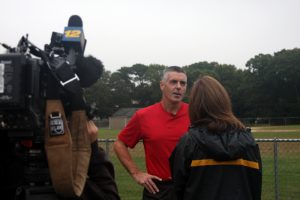 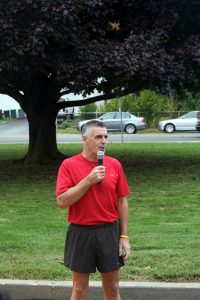 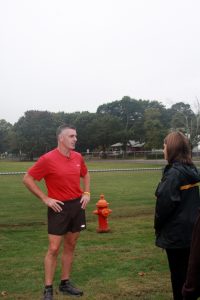